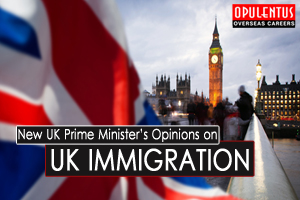 Boris Johnson has been confirmed as the current, Prime Minister of UK. Whipping Jeremy Hunt to the place by higher than 45,000 votes, Johnson will formally succeed on Theresa May as of 24 July 2019.

However, several cabinet ministers are likely to quit following Johnson’s appointment, upon his ‘do or die’ attitude concerning Britain exit from the EU by 31 Oct 2019. The Education Minister, Anne Milton, resigned hours prior to Johnson was chosen as the current Prime Minister.

Meantime, Phillip Hammond, Chancellor of the Exchequer was adamant that he would walk down from his role over Johnson’s enthusiasm to take the UK out of the EU without any deal.

Johnson made many pledges, the most high-profile of which was taking the UK out of the EU by 31 Oct 2019, even if it meant moving without a deal. Johnson also promised to start a  UK visa and immigration system related to the one performed by Australia.

The current Prime Minister’s plans are likely to bring an end to the Tory Party’s efforts to decrease net migration to under 100,000 a year – a now-infamous promise made by then Theresa May, Home Secretary, over a decade ago.

When asked, while several media debates and interviews, if he would cut net immigration numbers to the UK, Johnson declined to commit to any target, which many have seen as him revealing the Brexit Vote.

While a Talk Radio debate, when questioned about his plans to decrease immigration figures, Johnson replied: What I need to see with immigration restriction, but I’m not working on getting into the numbers.

Johnson has promised to defend the EU immigrants rights currently residing in Britain and said his regret that this did not occur immediately after the poll in 2016. Before becoming Prime Minister, he said, if chosen, he would sort it out quickly and make positive that this issue is properly dealt with, and plenty of people can stop bothering.

The current Prime Minister assured that EU citizens residing in the UK would be defended, even if Britain leaves the EU without a deal by the 31 Oct 2019 deadline.